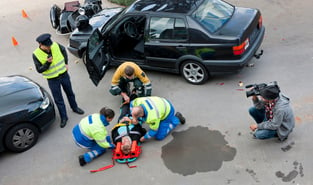 When you have been the victim of a personal injury accident, understanding your legal options is the first step in protecting yourself.

Trying to re-cooperate your losses after an accident can be a difficult process.

lead to a bigger settlement.

When you file a lawsuit in a personal injury case, it is usually against the other parties insurance company. The job of their insurance company is to protect their own financial interests by giving you, the plaintiff, the least amount of money possible.

"The goal of the defense is to discredit the victim and reduce their settlement by any means necessary."

In order for them to achieve this they will use many different defensive strategies. These strategies depend upon the laws of the state that the accident happened in as well as the details of the accident.

In Georgia, there is a comparative fault law that comes into play in personal injury accident cases. Comparative fault means that if the defense can prove that a certain percentage of the accident was the fault of the plaintiff, then that same percentage can be taken out of the awarded settlement. This is referred to as comparative negligence. 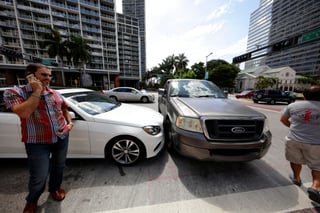 Pure comparative negligence means that the victim of an accident is eligible to recover some compensation for their injuries, even if their fault in the accident was greater than the defendants.

Modified Comparative Negligence means that the accident victim may only recover damages if their fault in the accident is less than a certain percentage. In Georgia, the percentage used is 50%.

Establishing the amount of negligence in a personal injury case involves looking at the facts and cause of the accident. The defense will scrutinize the actions of the victim and try to show the court how they contributed to the accident. Conduct that can be considered negligent in a car accident case include:

Another defense tactic that insurance companies use in personal injury cases is “Assumption of Risk”. The goal of this defense is to show that the victim knew the risks of the activity that they were engaging in, and therefore are not eligible to receive compensation for their injuries.

Assumption of Risk, although a valid defense, only applies to a limited amount of cases that usually does not include traffic accidents. For example, if a person is injured while skateboarding or another risky physical activity, they are probably not eligible to receive compensation due to their assumption of risk.

Besides attempting to show negligence and assumption of risk, the defense in a personal injury lawsuit will also try and prove that the injuries sustained by the victim were either not caused by the accident, or have been exaggerated. 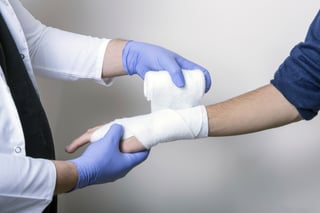 To avoid this happening in a personal injury lawsuit, it is important to seek medical attention as soon as possible after the accident, and keep accurate and detailed medical records.

The defense attorneys that insurance company’s employ are very meticulous and will dispute each injury claim made. They will attempt to show in court that the injuries the victim is claiming did not stem from the accident. To do this they will look into the medical records of the victim, to see if there injury can be tied to a previous condition or injury.

The defense may also call upon medical professionals to testify to the cause and extent of the injuries.

Personal Injury Lawsuits are complicated legal matters that are difficult to fight without the help of a well-trained personal injury attorney. The insurance company will fight the lawsuit every step of the way with an entire team of lawyers.

If you want to make sure that your rights are protected, and that you get the settlement that you deserve after your accident, click on the link below and receive a free case evaluation.

Want to learn more about Personal Injury accidents and how you can protect your legal rights?