Steps in a Personal Injury Case - Your Timeline to Win

If you have been in an accident and are seeking out legal advice, understanding the process of a personal injury case is the first step to protecting yourself from a legal standpoint and getting the settlement you deserve.

Personal Injury cases can be very complex because every case is unique.

In this article, we will walk you through the entire process of filing a personal injury claim so that you can hopefully make the best decisions for you.

So on that note, where do you get started?

The first step after you have been involved in an accident is to reach out to a personal injury lawyer.

Getting the Most out of your Initial Consultation With Your Attorney

Most personal injury attorneys offer a free consultation so that victims can learn early on whether or not they have a viable case.

During the consultation, the attorney will ask about the details of your case.

It is important that you are honest and forthcoming about all the details of your case so that your attorney has the best possible chance at understanding, taking and winning your case.

Once you told your lawyer the facts and details of your case to the best of your ability, they will probably have more questions to ask you.

Finally, the attorney will tell you whether or not they will take your case, and then discuss aspects such as an agreement of representation and the cost.

When it comes to cost, most personal injury attorneys work on a contingency fee basis, meaning that clients only pay if they win their settlement and the payment comes as a percentage of that settlement.

Initial Legal Documents that Will Save Your Case

During the early stages of a personal injury case, there are many legal documents that are filed.

The main documents you will most likely hear about in your personal injury case include:

Complaint: The complaint or Petition is usually the first document filed in a personal injury case. This document explains the details of the case including the identities of the parties involved, jurisdiction, the Plaintiff’s legal claims and the facts of the case.

Court Summons: The summons is an order from the court where the case will be heard that notifies the defendant of the lawsuit against them and gives them a time-table to respond.

Answer: The answer is the defendant’s response to the lawsuit and provides each issue brought up in the complaint. The responses to the complaint will usually be either “admitted”, “denied”, or “insufficient evidence to admit or deny”.

Reply to Counterclaim: The reply to counterclaim is similar to the answer document, and states the plaintiff’s response to the counterclaim. (Admit, Deny, or Insufficient evidence to either admit or deny).

Cross-Claim: a cross-claim occurs when there are multiple parties who are either plaintiffs or defendants.

Answer to Cross Claim: another type of answer document that filed by the defendant that gives their response to the cross-claim.

Third-party Complaint: a Third-party complaint is filed by the defendant in a personal injury case and provides a legal reason for them to pass blame off to another person.

Answer to Third-party Complaint: another answer document that is filled out by the third-party that is being sued.

How Gathering Facts Will Define the Quality of Your Case 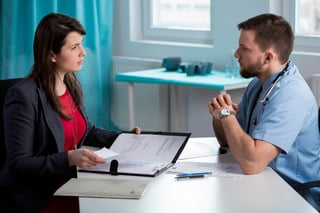 Discovery and fact finding is the period of time pre-trial where all relevant facts and documents are gathered for both the Plaintiff and Defendant.

There are three main methods used in the fact finding and discovery stage of a personal injury lawsuit. They are:

Depositions: Depositions are sworn legal statements that are recorded by a court reporter. During a deposition, the attorneys ask questions of the plaintiffs and defendants in order to get their stories, see what their opponents have, and practice for trial.

Document Production: Document production is the gathering of relevant documents, such as a police report or medical record, in the personal injury case.

4 Motions that Guide Your PI Case

Motions are used to try and resolve certain aspects of a personal injury case before it goes to trial.

Some of the common types of motions filed in a personal injury lawsuit are:

Motion to Dismiss: A motion to dismiss is used by the defendant to try and get the case dismissed because they believe it is legally invalid.

The main arguments used in a motion to dismiss are:

Summary Judgment Motion: A summary of judgment motion is used to attempt to end a case before a case goes to trial, because the key facts of the case are not being disputed. To avoid a summary judgment, a party must prove to the court that some off the facts of the case are in dispute, and the case will require a trial.

Sua Sponte Dismissal: this is a dismissal by the court due to problems it sees with the case, instead of being requested by one of the parties involved in the lawsuit.

Getting Your Money and Learning About Settlements

When it comes to personal injury lawsuits, most of them never make it to trial. Usually, a settlement is reached between the plaintiff and the defendant.

So how does the settlement get reached...

So how much money can you expect in your settlement and what can mess it up?

"The financial value of the settlement offer is usually determined by two main factors; the strength of the case, and the value of the damages". 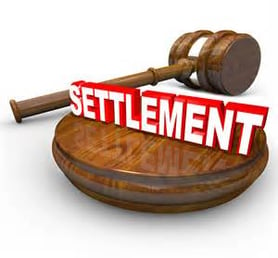 The strength of the case is determined based on the outcomes of previous cases, the chances of winning the case at trial, and the evidence.

The value of the damages is determined based on what your lawyer thinks the case is worth and how much they think could realistically be recovered from the defendant.

If a settlement offer is not reached, the case will then move to trial.

You don't Want to but...You Might Have to go to Trial

Although most personal injury cases never make it to trial, some of them do. At trial, the evidence is presented to the judge and jury to decide whether or not the defendant should be held legally responsible for the injury.

Jury Selection: the process of choosing jurors from a pool of potential jurors by the plaintiff and defense attorneys.

Opening Statements: Opening statements are made by both the plaintiff and defendants attorney’s where they plead their side of the case and present the facts.

Witness Testimony and Cross-Examination: this stage of the trial is when the actual evidence is presented and scrutinized, as well as any witnesses either side decides to bring.

Closing Arguments: the closing arguments are made by both the plaintiffs and defendant’s attorneys and are their summation of the case as a whole. These are the last statements before the jury goes into deliberation.

Jury Instruction: Jury instruction takes place after closing arguments and is when the judge provides the jury with the legal standards it must use to determine the outcome of the case.

Jury Deliberation and Verdict: Jury deliberation is when the jury meets in private to discuss the case and determine whether or not the defendant should be held responsible and how much compensation is owed.

The verdict is the reading of the jury’s decision after deliberation.

So if you win the verdit how does your compensation get collected...

Getting Your Money and Learning About Collections

The collections process can be a very confusing and lengthy process if the plaintiff is awarded financial compensation.

The amount of compensation awarded and the ability of the defendant to pay it are what cause most of the issues.

If the lawsuit was against a company or corporation, plaintiffs usually will not have as much trouble collecting their settlement, as they have the funds and would want to avoid a long collections process.

In order to collect the amount that is awarded, the courts will usually allow a post-trial discovery period so that they can determine the income and assets of the defendant.

One method that is used as a form of collections is garnishing wages. Garnishing wages is usually limited to 25 percent of the party’s paycheck, so depending on how much they make and the size of the settlement, the collection may take years to complete.

However, the time limit set on collections is usually only ten years, although it may be extended another ten years by the courts if necessary.

What about Appeals and other Delays

The Appeals process takes place after the trial is completed and allows the defendant to argue the judgment decision.

The appeals court has the responsibility of reviewing the case and finding any legal discrepancies.

"If the appeals court finds a mistake in the legal proceedings that affected the outcome, then the case can be overturned".

What makes the appeals court different from the original trial is that there is no jury in an appeal, and no further evidence or witness testimonies are considered.

Instead, the appeal is heard by a group of judges. These judges review the facts of the case and determine whether or not the ruling was fair.

The main document that these judges review is called the Appellate Brief. The Appellate Brief is filed by each party’s attorney, and consists of previous case law and statutes to argue their side of the case.

Once the appeals court has made their decision, it is very rare that another appeal can be filed.

An additional appeal may be filed with higher court’s, however, they choose to hear very few cases. The chances of a second appeal are very low, so litigating correctly the first time around is of vital importance.

Every Personal Injury Case is different, and having an attorney that is experienced with the process can greatly increase your chances of success.

From the initial consultation, to the moment you collect your settlement, having a personal injury attorney fighting for you is the best way to protect all of your legal rights.

These attorneys can help determine whether you have a case or not, and give a proper evaluation.

Most of these attorneys also work on what is called a Contingency Fee basis, which means that they do not collect payment unless they win your case.

If you have been in an accident, and would like to speak to an experienced personal injury attorney in your area, click on the link below and get a free case review.