Understanding Modified Comparative Fault: How Your Settlement is Affected

How is Negligence Decided in a Personal Injury Claim?

When an accident occurs, it isn't always easy to establish who is at fault or to blame for another person's injuries.

In most accident and injury cases, the issue of proving fault relies on examining two important factors, negligence, and causation. These subsume two of the four elements of personal injury cases.

Negligence refers to failure to exercise the care toward others which a reasonable person would do in the circumstances, or taking action which such a reasonable person would not. Causation refers to proving the negligent conduct caused the accident and injuries. If the party is found negligent and caused the accident, that party is responsible (liable) for another party’s injuries.

Let’s say, for example, both sides involved were negligent and contributed to the car accident. What happens then? 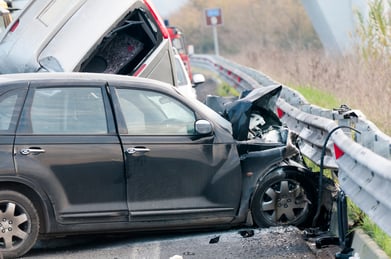 Suppose we have two drivers: Bob and Jill. Jill stops at a stop sign and prepares to turn left onto a road with heavy traffic with no stop sign. She checks to see if any traffic is coming multiple times, and determines the road is clear while proceeding to turn.

In the meantime, Bob is traveling 20 mph over the speed limit. He fails to stop in time and slams into Jill’s vehicle. In this case, both parties share some of the faults. Bob absolutely shouldn’t have been speeding, but Jill should have been a bit more observant and watchful before turning. So who is responsible?

Contributory negligence is a defense used by defendants in a personal injury case that suggests the plaintiff was also negligent and therefore was equally responsible for the accident. If the accused can prove that the plaintiff “failed to exercise reasonable care,” this would prevent the plaintiff from collecting any compensation at all.

Comparative negligence, if proven, doesn’t completely bar the plaintiff from obtaining compensation. In this system, the courts compare the defendant’s negligence to that of the plaintiffs to determine who was the most careless in causing the accident. The extent to which the plaintiff is found guilty diminishes the overall settlement (pure contributory negligence.)

Comparative negligence in Georgia allows injured parties to recover damages even if they were partly to blame for the accident. Depending on the state you live, being just one percent at fault for an accident prohibits you from recovering any damages. But in other states, you can collect compensation even if you were 99 percent liable for the accident (these states follow the pure comparative negligence rule.)

Georgia follows a modified comparative negligence. The law lets individuals recover damages even if they were partially at fault, but parties who are 50 percent more at fault cannot recover any damages. If you were 49 percent at fault for an auto collision, you are eligible for compensation. However, if you are one percent more to blame (50%), you cannot recover any damages. 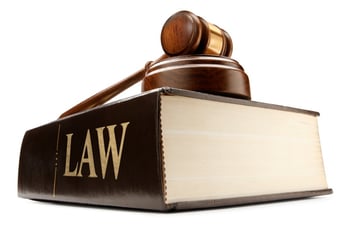 A lawyer can thoroughly collect and present evidence when determining which party is negligent and what percentage of fault should be assigned to the accident.

That’s why hiring a Georgia accident injury attorney is crucial in making strong legal arguments and protecting your rights in ensuring your maximum compensation is awarded for your personal injury settlement claim.