Can I Sue After My Construction Accident If I Am Getting Workers Comp?

When we go to work every day, we expect to make it home in the same condition as when we left.

Between the time we say our goodbyes and leave the house for work, until the time we step back into our house after work, there are a million things that can go wrong.

Most days, nothing bad happens, and life does carry on as usual.

However, some days take a turn that we can never expect, changing the course of our life.

his threat is amplified if you work on a construction site.

There are a million ways people working in an office can get hurt every day, but if you work on a construction site, there is danger around every corner if you or everyone else you work with isn't careful.

That means it's not uncommon for injuries to happen on construction sites, and sometimes they can be devastating.

If you do get injured on the job site, you will be able to collect worker's compensation, but sometimes that isn't enough.

We will explore that question in the article below.

Can You Sue Even If You Are Receiving Workers Compensation?

If you were injured on the job site, you were probably told that the only compensation you can receive would be from worker's compensation.

This is a good rule of thumb, but there are situations where you might be able to sue for damages caused by your injuries.

Here are a few examples:

There are more examples than this, but these are the main reasons people bring lawsuits along with workers' compensation.

Workers comp does provide money and benefits to an injured worker, temporary and permanent disability payments are usually quite low and won't compensate for things like pain and suffering. 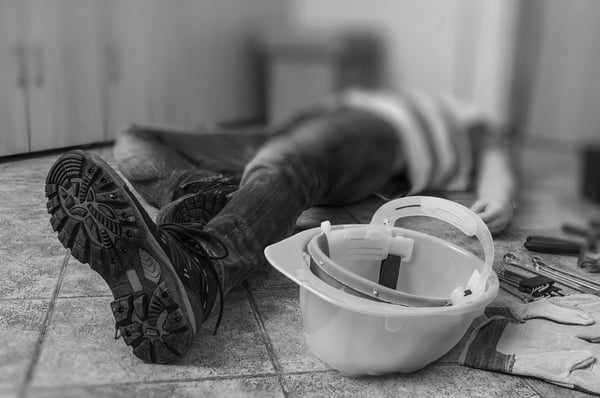 You Were Injured By A Defective Product

If you were injured by a machine or a piece of equipment that was defective, failed to work properly, or was inherently dangerous, you may be able to sue.

In this situation, the manufacturer of the machinery or equipment can be held responsible for the injury if they knew of the danger and didn't adequately warn the business of the danger.

In that case, the manufacturer would have to compensate you for medical bills, lost wages, and pain and suffering.

For example, let's say you were using your nail gun.

Everything was going as expected until you pull the trigger to fire one nail, and a second nail comes out immediately afterward.

The second nail ricochets off the first, hitting your leg, penetrating muscle.

Then, inexplicably, a third nail fires while you're still trying to figure out what happened, hitting you in your opposite thigh.

Both nails cause irreparable damage to your legs, and you will walk with a limp for the rest of your life.

You would collect workers' compensation from this accident, and you can sue the manufacturer of the defective nail gun.

You Were Injured By A Toxic Substance

Sometimes chemicals and other substances you use on the job site are toxic and can cause injury and illness if they aren't used correctly.

Things like asbestos, benzene, chromium compounds, silica, and radium can all harm you, but any substance with the potential to harm you could be the subject of a lawsuit.

There are two main types of toxic injuries.

The first is a toxic injury that is acute and immediately apparent.

These injuries include things like chemical burns and poisonings.

The other type of injury are latent injuries.

Latent injuries are immediately noticeable and can include things like cancer and lung disease.

Latent injuries are much harder to prove because of the time delay, but they still aren't impossible to prove.

You Were Injured By A Third Party

Sometimes you can get injured at work due to the fault of a third party.

In this instance, you weren't injured by a defective product or a toxic substance, but another person injured you.

In this situation, you will likely be able to sue that person for damages.

For example, let's say you run out of lumber, and your boss tells you to go pick some up so you can finish the job.

While you're driving to pick up the lumber, another car t-bones you after they run a red light.

The driver of the other car is responsible for the accident, and they are the cause of your injuries.

You will be able to bring a lawsuit against the driver of the other car as well as collect workers' compensation.

Workers' compensation won't cover the damage to your vehicle or any pain and suffering, so it is in your best interest to bring a lawsuit against the other driver in this situation. 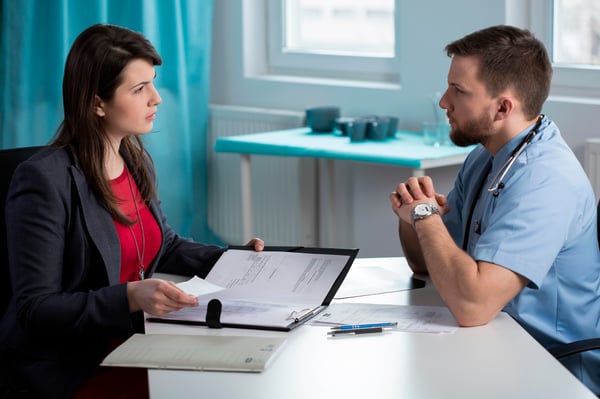 Workers' Compensation Isn't Your Only Option

If you were injured on the job site, don't think that workers comp is your only option to receive compensation.

If you were injured by defective equipment, a toxic substance, or by a third-party, there's a good chance you will be able to bring a successful lawsuit against the responsible party.

Always report your injury as soon as possible and file your workers' compensation claim, but know that your options don't end there.

One of the best things you can do after an injury at your workplace is to contact an experienced personal injury attorney.

They will help you navigate the legal system and make sure you are compensated fully.

To get started, contact the team at Helping The Hurt by clicking the button below.

The Original Article Is Here