Granuflo is a drug used in kidney dialysis made by a company called Fresenius Medical Care. Dialysis centers will give people drugs to help monitor and clean their blood levels, and one of those drugs often used is called Granuflo.

Throughout the United States, some people suffered heart failure after taking this drug, and sadly some ended fatally. Recent data collected shows that Fresenius was aware of these potential dangers, but chose to keep the drug on the market and continued sales to consumers.

What are Granuflo and NaturaLyte?

Chronic kidney failure is a serious condition that affects about 2 out of every 1,000 Americans. 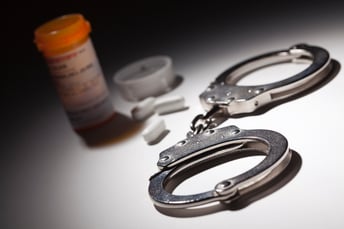 When a patient’s kidneys aren’t working properly, their blood is circulated and cleaned through a hemodialysis machine (dialyzer) and then returned to the body through a vein.

The dialysate used during dialysis is a mixture of bicarbonate and acid concentrate; these two ingredients function together to counteract the excess acid in the blood.

The key goals of hemodialysis are:

GranuFlo powder concentrate and its liquid counterpart, NaturaLyte, are both central to the dialysis process and are used in these dialysis machines as much as three times per day.

The active harmful ingredient used in both Granuflo and NaturaLyte is sodium diacetate; when patients are given sodium diacetate, they receive double bicarbonate compared to other formulas. An oversupply of bicarbonate causes some complications, the most serious and sudden of these, a fatal heart attack.

Evidence, the Manufacturer Fresenius, is Liable for Serious Health Complications and Even Death In Patients

Fresenius Medical Car North America is the largest dialysis products and services company in the world. It owns thousands of dialysis clinics and manufactures nearly all the medical products used in dialysis care; including the most widely prescribed dry acid concentrate on the market.

The Year of 2010, Fresenius conducted their own study observing patients that endured dialysis at their clinics. It found nearly 1,000 people suffered heart attacks and was noted by researchers that the use of Granuflo and NaturaLyte increases the chances of a heart attack by as much as six times. At that time, Fresenius failed to report it’s findings to the FDA and did not issue an internal memo to its dialysis centers until nearly a year later.

Since the release of Granuflo in 2003, nearly half a million patients have taken the drug during dialysis treatment.

November 2011; An internal company memo emerges, warning the medical staff at Fresenius Clinics of the harmful and fatal complications linked to Granuflo; however, the company fails to warn physicians outside of their dialysis centers.

May 2012; The U.S. Food and Drug Administration issues the most severe recall (Class I) for both Granuflo and NaturaLyte. The FDA becomes concerned with the products’ ability to increase the amount of serum bicarbonate in the blood to dangerous levels, causing complications and may lead to death.

July 2012; Shortly, after the FDA’s recall, patient’s and surviving family members injured by GranuFlo began filing lawsuits against Fresenius. The manufacturer, Fresenius, was accused of selling the dangerous and faulty product as well as misleading and failing to warn other physicians and patients of the fatal complications associated with both drugs.

In Addition To Heat Attacks Patients Also Experienced Serious Health Problems Such As:

Lawsuits claim Fresenius Medical Care purposely withheld information about the risks of heart attack, mislead consumers about the product, and continued to profit from the sale of a dangerous drug.

If you or a family member have suffered a heart attack or other serious complications after being administered Granuflo or NaturaLyte in a dialysis treatment; you may have a valid pharmaceutical injury lawsuit against Fresenius Medical.

Our Georgia Law Firm will aggressively fight for compensation for your medical expenses and pain and suffering. Our personal injury lawyers have the experience and resources needed to win challenging and complex drug and device litigation cases.

Call our Atlanta Pharmaceutical Litigation Attorneys today for a free, no-obligation consultation about your case and how we can help you get the justice you deserve.