The Office of Disability Adjudication and Review has a waiting list of 990,399 names long, more than the population of 6 different states, and still growing.

The Social Security System is well known for sending benefits to seniors but also providing financial compensation for people who are unable to work due to physical or mental disabilities. The administration processes applicants by deciding who is and who is not disabled enough to get the checks. You would think this process would be simple and time compliant, but it’s shocking to learn the system is more than 1 million cases behind.

Within the Social Security System, a single office handles appeals of appeals. In most cases, the

applicants have already been turned down twice by the administration office who didn't think they were physically challenged enough.

The Dictionary of Occupational Titles

The Social Security System relies on a highly outdated book of jobs in search of a new trade an applicant can perform to avoid disability. This official list of jobs might as well be kept in a museum to be viewed as a historical artifact. The last update was done in 1991 and still includes

"telegram messenger" and "horse-and-wagon driver"-not exactly attainable occupations. It doesn't mention the internet at all.

Unbalanced System Too Big to Fix

Inevitably, judges got too behind unable to catch up resulting in an unstable system too big to fix. Reorganizing the Administration became extremely expensive functionally complicated that it often stalled, unfinished. Now we have an office costing taxpayers billions and still restricts applicants from benefits for over a year before getting any response to their disability claim.

Patrick McGarvey, 48, who has debilitating back pain, waited seven years, including appeals, to approval for his Social Security Disability Benefits.

With one of the longest backlogs anywhere in the federal bureaucracy, the average case takes 422 days to decide, but an appeal at the VA will take 957 days. Meanwhile, disability applicants are left with little or no income while they wait.

For former workers declared disabled, the average monthly benefit is $1,145, which equals $13, 740 annually (those with no work history receive less). The best estimate of the amount the government spends during the lifetime of a disabled beneficiary is $300,000.

Why are so many disability cases waiting for approval?

The Social Security Headquarters blame their backlog on factors they can't control including: 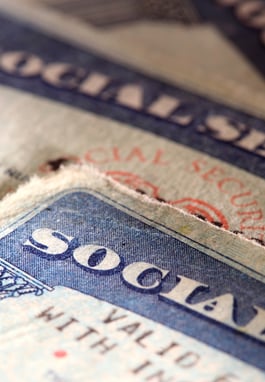 Summary of Backlog Starting From the Top

Every year hundreds of thousands of people apply for social security benefits, and no more than 40% make it through. If they appeal, they eventually see one of 1,400 Social Security Judges. The judges determine if the person is too disabled to hold a job. Judges read hundreds of pages of medical evidence, and some of it is in doctor’s chicken scratch. Then there is a hearing where the judge must act as some human polygraph, trying to gauge if the applicant is telling the truth about some invisible malady like chronic pain or depression.

Once a judge then determines just how physically challenged an applicant is, they must then search the U.S. economy to see if there are any jobs this person could still hold. To do that they use an official guide book, the dictionary of occupational titles, the problem is this book hasn’t been revised since 1991. So it still includes jobs like, telegram messenger and horse-and-wagon driver which is sandwiched between horizontal-stick-turning-machine-operator and horse-race starter. In this book, the only job for web worker is a job for repairing fishing nets. The word internet does not appear in the book once. Because the listing is faulty, the judges must do extra research, and call in expert witnesses to figure out if the applicants could hold a modern day job. Finally, the judge must write or help write a multi-page legal decision.

In past years Social Security pressured judges to decide cases more quickly, the backlog did go down, but some judges sped through cases by simply saying yes, yes, and yes. Some Judges said yes in more than 90% of cases, and remember these are cases that have already been rejected at least once.

Today Social Security has changed tactics, it has limited judge’s caseloads and encourages them to take more time, but the result is they keep falling further and further behind, and this enormous backlog keeps getting bigger and bigger.

Currently,  judges approve just 44 percent of cases, a definite decline. Even so, even as the agency has hired a dozen more judges the backlog has still reached the highest level in history, increasing by 13,000 just within a month. Additionally, Social Security officials say they are working on a vocational replacement book, estimated to be ready in 2017.

If you have been denied Social Security benefits or need assistance appealing a decision by the Social Security Administration Office, contact our Georgia Legal Offices.

Our Social Security Disability Attorney's have been representing the disabled for over 23 years. With more than half of applicants getting denied benefits, and disability cases backed to a record high, hiring a skilled attorney can quickly get you benefits you deserve.

Click Below to speak with an experienced Social Security Disability Attorney!