Uber Fights To Keep Drivers Classified As Independent Contractors: Is This Safe For Riders?

Lawsuits against Uber have been springing up for some years now, though many of those cases have been dismissed, current rulings seem to be leaning in the opposite direction.

Since the beginning, Uber has classified their drivers as independent contractors, rather than employees. Several states, including New York, Texas, and Georgia have held for Uber’s classification practices, but California did not follow suit.

Since then Uber has been ordered to pay out over $100 million in settlement amounts, and the lawsuits keep on coming. However; as part of the settlement, Uber continues to categorize drivers as independent contractors, rather than employees.

Also, Uber will give more information to drivers relating to their quality rating, will allow them to assess it against fellow drivers, and will outline specific conditions in which a driver will be deactivated. But why is Uber so motivated by the use of independent contractor's in their employment provisions?

What is the Difference Between Employee and Independent Contractor?

Why was California’s decision so important? Before clarifying the details of California’s ruling, it’s important to understand why a company classifies a worker as an employee or independent contractor. Well, one significant difference is workers rights to a multitude of protections and benefits that independent contractors don’t necessarily have the luxury of using, including:

If a company misclassifies an employee as an independent contractor, they are likely cheating these workers of numerous benefits they have rights to by law. This can precede to claims for unpaid wages and penalties.

The Labor Commissioner concluded in their decision by applying the eleven-factor “economic realities,” test for determining whether a worker is an employee or independent contractor.

To give you a general idea, the test addresses questions including:

Click Here, for more information on how government agencies make the call on employment status

Uber’s arguments went on to say that they didn’t exert much control over their drivers—for example, drivers could set their hours, were not supervised on the job, and could refuse to accept customers. Be that as it may, The Labor Commissioner wasn’t buying it. The Commissioner still found that Uber had a solid hold over their companies operation as a whole, and when examining the nature of the work having precise control over the drivers was unsuitable. So it was decided, Berwick was an employee and not an independent contractor. 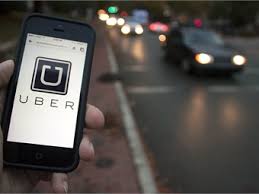 How Does The Independent Contractor Analysis Impact Uber?

The Commissioner’s Ruling for Berwick doesn’t necessarily categorize all Uber driver’s in the state of California as employees, but it does have the potential to start off similar claims. If Uber treated its other drivers the same way as Berwick, it could have hundreds, if not thousands, of similar lawsuits. As one might conclude, Uber has appealed the Commissioner’s decision.

With more than $9 billion in investment funds leading up-to-date, the company is destructively functioning in the red, losing nearly $1billion just in the first half of 2015. This likely explains the companies’ adamancy that drivers continued to be treated as contractors, not as employees. Uber’s foundation to success depends on it; if drivers were found to be employees, the additional costs in expenses, taxes, and over time would drive them further into the negative, charging them financial hits they simply may not survive.

It’s hard to predict the future outcome for Uber drivers, but it seems the luck of the draw is

leaning towards the company, not the drivers. However, if the decision of drivers to be classified as employees wins over contractors, this could begin to affect other traditional ridesharing businesses and their employment policies.