The Dangers of Texting and Driving

If you have ever looked at the numbers illustrating the dangers of cell phone use while driving, you know they are downright startling.

At any given time throughout your day, about 660,000 drivers are attempting to use their phones while operating an automobile.

Smartphones have made it easy for us to stay connected at all times, and they've made our lives easier in many other ways.

But smartphones can pose serious safety risks if someone decides to check his or her text messages, emails, phone calls, or any other mobile applications while driving.

Cell phone distraction rates are alarmingly high. It's estimated that 1 in 4 accidents today are due to cell phone use.

We hope with a little information you'll make the right decision when you're on the road.

In the article below, we will look at some statistics about using your phone and driving. The figures were the most up-to-date statistics at the time of our latest research. 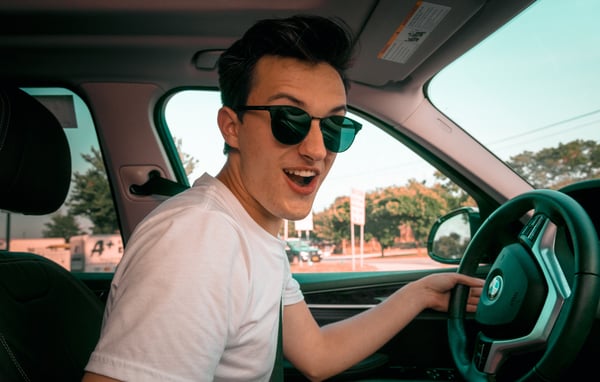 Accidents Caused By Cell Phone Use

In recent years, plaintiffs have argued that a driver was legally at fault for an accident because the driver used a cell phone or other device immediately before or during the collision.

Courts typically aggree with the plaintiffs. In other cases, injured plaintiffs have also been found at least partially at fault for the accident because they were using a phone while driving.

Examples of careless driving caused by phone use include:

According to some studies, being involved in any conversation, particularly an emotionally charged one, is enough to distract a driver and cause him or her to drive carelessly.

Doing Business On Your Cell Phone

If you own a business, you need to be mindful of your employee's cell phone use.

An employer might be legally responsible for a car accident caused by an employee if the employee was on a work-related call when the accident happened.

An employer could also be responsible if an employee was sending or reading a work-related text at the time.

In such an accident, the injured person is more likely to sue the employer than the employee-driver because the employer typically has more money to pay a settlement or lawsuit judgment.

This is why growing numbers of employers prohibit employees from using any phone or device while driving.

Are Parents Responsible For Their Kids Cell Phone Use?

There have been cases where plaintiffs have argued that parents should be held legally responsible for car accidents caused by their kids' cell phone use.

In cases like this, the parents provided the minor child with a cell phone, and the child was using a cell phone while driving.

The law is still unclear on this issue, but parents should think twice before encouraging their kids to make calls while driving. Kids should stop somewhere safe before making or accepting calls.

Keep in mind that some states have special cell phone laws applying to teens or novice drivers. In these states, teens may be prohibited from using cell phones while driving or may have more stringent restrictions than do adults.

Injured By a Texting Driver? Contact Helping The Hurt Today

As cell phone use and driving become a national problem, the chances of being involved in a car accident with a distracted driver increase.

If the carelessness of another driver ever injures you, contact Helping The Hurt for a free consultation.

There's never a fee to call and speak with us, and you're never obligated to hire our law firm after you call. Get the answers you need.

At Helping the Hurt, their personal injury attorneys have positioned themselves as trial lawyers who are not willing to accept inadequate settlements for their clients.

They have helped thousands of clients get the results they deserve, not the paltry amount the insurance companies offered them.