Punitive Damages are occasionally awarded in injury cases and are meant to punish the defendant. Here's how they work.

What are Punitive Damages?

When cases proceed to trial, punitive damages are awarded in very few injury trials. Under Georgia law, punitive damages many only be awarded when the defendant’s behavior was especially reprehensible and deserving of punishment.

Meaning, there must be clear and convincing evidence that the at fault person or companies conduct demonstrates willful misconduct, malice, fraud, wantonness, oppression or an entire want of care that raises a presumption conscious indifference to the consequences. O.C.G.A 51-12-5.1.

Damages that are typically awarded in personal injury cases

When a person is harmed or injured due to someone else’s actions, damages are generally awarded to compensate the injured person. There are various compensations for an injury, including:

These type of damages fall under the category of compensatory damages and seek to reimburse or compensate an injured party for the harm they have suffered.


Punitive damages, on the other hand, are in no way tied to the type of harm that has been suffered but awarded to punish the wrongdoer for certain types of despicable behavior. Both punitive and compensatory damages are awarded directly to the injured party or plaintiff.

There are imperative limits and stipulations on recovering punitive damages in Georgia. Unless your case involves intentional torts or products liability, the maximum amount that a court or jury may award is 250,000, no matter the number of persons or companies sued.

Georgia is one of the growing number of states that cap punitive damage awards. However, there is no uniformity when it comes to the maximum amounts, nor how they are determined. For example, some states like Georgia have a clear maximum, but other states determine the maximum based on some combination of evidentiary standards, the defendant’s earnings, and/or the type of injury sustained on the case.

Stephen Wells filed a personal injury suit (Wells V. Aslan Commons), after suffering severe burns when a gas line exploded in his apartment complex (owned and operated by the defendants.)

In the Wells v. Aslan Commons, a Georgia trial court ruling reduced a jury’s $ 47.9 million punitive verdicts in a personal injury suit to $ 250,000 under Georgia’s punitive damage statue. This case is a prime candidate to challenge the controversial law, reducing the overall injury award from $73 million to $25.4 million.

Well’s attorneys believe that the Georgia law, enacted in 1987, needs to be changed and that they are willing to take their case to the state’s highest court to begin changes. 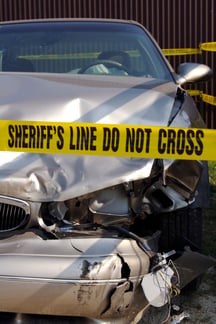 As stated previously, there are no limits or caps in a Georgia products liability cases, however, 75% of an award of punitive damages in a products liability case must be paid to the state of Georgia. Additionally, there is no cap on punitive damages if the at fault person acted with intent to cause harm and a jury finds that he or she acted with intent to cause harm, or if the defendant / at-fault person was under the influence of drugs or alcohol.

Rational for Punitive Damages: The key to punitive damages punishes or deters similar wrongful or repugnant conduct. In the example of an auto accident, suppose that Bob intentionally sideswipes Jim’s car after he thought that Jim cut him off on the highway.

Other Categories of Punitive Damages: If a person’s injuries were entirely mental or emotional (such as invasion of privacy), punitive damages are generally not available as a separate measure of damages.

However, damages based upon the “enlightened conscious” of the jury may be available under a similar standard to punitive damages.

Because of the complexities of legal standards that must be proven and plead, if you suffered injuries and believe you are entitled to punitive damages, please contact our Georgia Injury Law Office, our experienced personal injury attorneys can help you. It is our goal to help you recover justice you deserve and compensation for your suffering.