The Social Security Administration faces allegations that include manipulation of cases, corruption, nepotism, sexual harassment, intimidation, and retaliation against employees who attempt to report misconduct.

The SSA is responsible for processing disability cases for individuals suffering from a debilitating disease or physical impairment keeping them from holding financial security.

Many physically challenged applicants wait in agony for years trying to achieve benefits from the Social Security System, only to be turned down and grapple through multiple appeals desperately hanging on to any sign of financial hope.

While taxpaying dollars and honest officials put faith into our federal systems, we come to find not all administrative law officials reflect such moral and ethical standards.

Recent scandals uncovered in the Social Security Administration may make you question your confidence in government funded policies.

Committee staff members have been looking into some complaints brought forward by employees at the Milwaukee and Madison offices.

The Wisconsin Watchdog has uncovered multiple areas of potential misconduct, thanks to agency insiders who brought forth their accounts and documents to support their allegations.

Ron Klym, a senior case technician at the Milwaukee Social Security Office, was put on administrative leave, and late last month actions were set in place to fire him.

Klym had relayed information to the Senate Committee and Wisconsin Watchdog about extensive delays in the Milwaukee Office due to management transferring backlogged cases to other SSA Offices. Klym and others have witnessed cases being fraudulently transferred as a way for management to make their weak performance numbers look better.

“They are wholesale shipping cases out,” the senior legal assistant said. The impression is that the offices are performing at a better rate than they are. “When you ship 1,000 cases to somewhere else, then you do an audit, it looks better.”

Only a week after reporting complaints to a journalist, 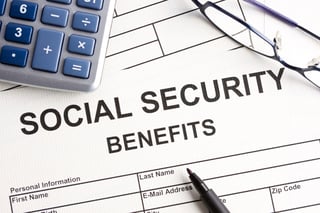 employees Celia Michelle Keller and Mary Brister were hit with retaliation from the SSA.

Keller came forth with managerial misconduct and harassment; interrogated by SSA Office of the Inspector General agents.

Brister expressed her story of intimidation and retaliation; suspended five days and lost her telework privileges for a year

“There is a culture of corruption and cover-up, and that goes all the way to the top,” said an ODAR employee with knowledge of the situation. The staff member spoke on condition of anonymity for fear of reprisal.

Multiple sources report Laura Hodorowicz, director of the Madison office, protects Pleuss and others in the inner circle, and is found of making: “dirty backroom deals,” Offering “cooperative” employees perks in the form of financial benefits and special privileges to maintain their loyalty and above all- silence about misconduct in the office

Director Hodorowicz Stops at Nothing to Cover-up Misconduct

When the director comes up short of offering “sweeteners,” she retaliates with threats including,

Laura Hordorowicz not only conducts harassment and retaliation against honest employees in attempt to keep misconduct and sexual harassment from getting outside normal realm; she violates hiring rules by only accepting inside sources as new applicants: Hired the adult children of Bill Allen (ODAR employee who refused to testify against her in a hostile work environment claim, Jason Allen (son) provided testimony helpful to Hordorowicz’s case, Hired Jason Allen’s wife, Hired the daughter of a close friend, Hired Wife of Wayne Gentz (considered a Hordorowicz ally)

Laura Hordorowicz manipulated the hiring rules to hire employee family members as rewards, rather than hiring disabled veterans or other qualified applicants. Meanwhile, Pleuss’s wife works as a hearing monitor, as does Administrative Law Judge Thomas Springer’s adult daughter, according to records.

Another applicant described as “buxom,” 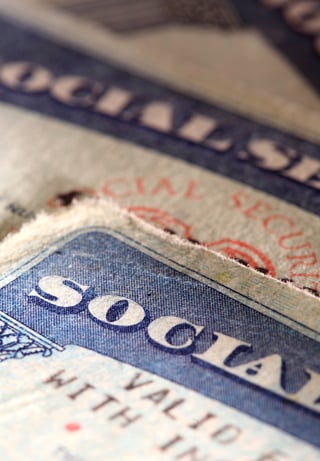 In one document, Pleuss wrote, “I’ll pay this lady when hell freezes over!”

Employees report Judge Pleuss having a reputation as being “sexually inappropriate,” and bases his approval or rejections of claims on “how sexy he thought the claimant was.”

The Office of Inspector General agents have opened an investigation into the Madison office, focusing on Administrative Law Judge John Pleuss, Laura Hodorowicz, director of the Madison ODAR operations, and Wayne Gentz, a group supervisor.

If you feel as though you were discriminated against or were treated in disparaging way, we want to help uncover this, click the link below, our Social Security and Disability Lawyers today for a Free Consultation.