As if combating heavy traffic isn’t enough for Atlanta drivers to concur throughout the work week, now a new problem arises: gas shortages following an Alabama pipeline leak; and the shortages have escalated so bad Georgia drivers wonder if they can find an operative gas station within their city limits.

Russell Stookey an attorney in North Georgia reports, “We’re out of gas “Every station I’ve gone by, they’ve got signs saying, ‘no gas.’ Reports of closed stations varied from Conyers to Carrollton and further. 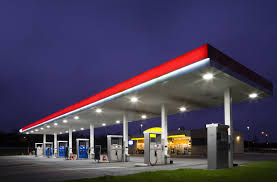 Along with long pump lines and frustrated drivers, gas prices have gone up and even doubled from what some consumers are used to paying. According to AAA, the average price per gallon of regular unleaded gasoline in Georgia was about $2.10, and within only a week prices rose to about $2.32. As gas prices steadily increase, cars continue to spill out onto the streets of Northern Georgia desperately waiting to re-up in their gas supply.

Why is there a shortage in gas supply?

Somewhere along the Colonial pipeline, a rupture caused an estimated 250,000 to more than 330, 000 gallons of fuel to spill. The pipeline has a critical connection from refineries along the Gulf Coast to numerous states, running from Houston to North Carolina. According to their website, Colonial pumps more than 100 million gallons of various fuels daily, and their network of pipelines stretch more than 5,500 miles.

What are the plans for fixing the gas crisis in Georgia?

Until the Alabama pipeline can be restored, Gov. Nathan Deal initiated an emergency EPA waiver that temporarily waives certain federal restrictions thereby permitting truckers to stay on roads longer to deliver fuel. These measures should implement an effective plan to maintain the Georgia gas supply as long as people maintain normal consumption level and travel routes.

Are there any gas stations offering lower pricing?

Metropolitan residents are quickly resorting to social media, downloading mobile apps, and simply calling local gas stations to track down reasonable suppliers within their area. Many are loading the GasBuddy App (available in Apple app store and Google Play), which tracks useful information and pinpoints exactly which gas stations have gas. The following gas suppliers are reported to maintain the best deals:

Other options for regular unleaded gas:

With a higher concentration of vehicles throughout the city of Atlanta and Georgia Cities, personal injury accidents may be on the rise. It would be nice if a pre-warning came along with an accident, but that just isn’t realistic. In the event of a car wreck, truck collision, motorcycle accident, or any accident injury having a trusted law firm on your side will best protect you and your families best interests. 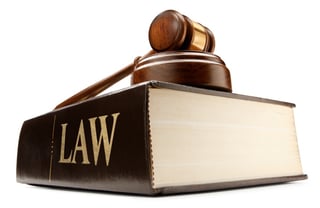 At our Georgia Law Firm, we have an experienced team of personal injury lawyers that will stand up for your rights and gain you the maximum compensation possible after suffering injuries.

When someone else’s negligence causes you pain and suffering, they may be held liable for their actions and legally bound to compensating you for any occurred damages to make you “whole again.”

Our accident injury attorneys offer no-risk, free consultations to answer all of your questions and to give our professional opinion on your legal options moving forward with a personal injury case. Call us today; we are available to help you now.