Automatic Brakes Will Become Mandatory in all U.S. Cars by 2022

Car makers pledge to standardize safety technology and forever change how we stop our cars!

Car accidents are one of the leading causes of death in the United States. The National Safety Council estimates 38,300 people were killed and 4.4 million injured on U.S. roads in 2015, which saw the largest one-year percentage increase in half a century.

Deaths and injuries due to car accidents remain on the rise

The number of injuries and costs associated with traffic accidents also rose significantly, according to estimates from NSC’s statistics department. During a six-month period from January and June nearly 2.3million “serious injuries-” defined as those requiring medical consultation, went up 30%. The estimated costs of these crashes-including medical expenses, wage and productivity losses and property damage- increased 24 percent, to roughly $152 billion.

The NSC attributes this growth, in part, to lower gas prices, increased cumulative mileage traveled and an improving economy. “One of the strongest correlations tends to be between the economy and traffic fatalities,” Hersmen tells Newsweek. When people have jobs, they spend more time on the road driving to work and have more disposable income for vacations, which often include longer drives, she explains. The National Safety Council calls the recent spike in deaths alarming and predicts the trend will only continue to increase. 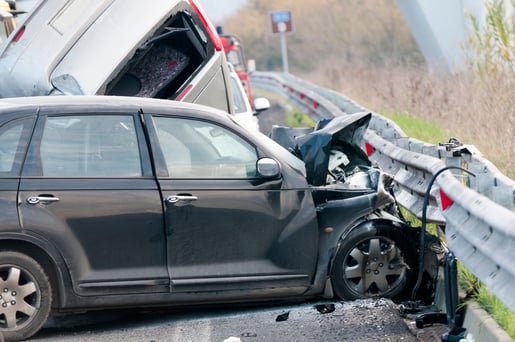 The good news is there is light at the end of the tunnel! Administrators and lawmakers alike are continuously implementing new regulations and ideas to make Americas roadways safer. Modern safety technologies like seat belts, airbags, and backup cameras were slowly introduced into the market and currently save lives every day. The newest up and coming technology everyone is buzzing about, and soon to be joining the list of safety features, emergency automatic breaks.

Beginning on September 1, 2022, vehicles must be manufactured with automatic brakes

Automakers and regulators announced by the year of 2022 automatic emergency braking will no longer be a high-tech option, and the feature will become standard in all new cars. The idea is to help cut down on traffic fatalities, and for some time now, regulators have been pushing car makers to implement this new technology.The agreement applies to all light-duty cars and truck with a weight of 8,500 pounds or less, and the deadline extends three years later for trucks weighing 8,501 pounds and 10,000 pounds.

How does this work in my car?

Automakers that have jumped on board:

Will the cost of cars increase on the lot?

When a new safety technology becomes standard in modern vehicles, it always adds cost to the production. The average costs of new features usually add on a few hundred dollars, but when looking at the whole value of production, the cars price can result in a substantial cost difference, especially for lower priced models.

What are the benefits of having automatic breaks in cars?

By the end of the year, regulators plan to restore a star-rated safety system that will prevent automakers from getting top scores if a vehicle doesn’t feature an aggregation of advanced safety features, in hopes to push car makers to install automatic breaks well before 2022.

At our Georgia Law Offices, our firm has worked on thousands of Auto Accident cases. Our dedicated legal staff will work passionately to represent your case and protect your rights when you or a loved one has been injured in an Auto Accident. Get a free case review today!